By now, everyone in the jiu-jitsu world either knows and loves Ffion Davies, or they haven’t been paying attention. Davies has made waves in the competitive BJJ scene, going through a very brief “rising star” phase before simply shining bright enough to take her place among the galaxy of jiu-jitsu’s most brilliant athletes. She just won double gold at Euros, and last year, she shocked the world by submitting and injuring Bia Mesquita at ADCC, ultimately going on to win silver at the prestigious event.

Davies is currently in Australia for the first time, working a seminar tour that has extended across multiple states. While Adelaide wasn’t originally on her itinerary, a last-minute decision to travel here from Sydney gave South Australian grapplers the chance to learn from one of the best at Zenith BJJ Adelaide. If you’re considering hosting her at your academy or attending one of her seminars, here’s what to expect:

The Atmosphere
Davies is an infectiously delightful human being, and I say that as a compliment. She immediately set the tone for the event as being casual and comfortable, and while her control of the room was admittedly helped by the good nature and politeness of the attendees, she clearly knows how to get and keep people’s attention. She was extremely friendly with everyone in attendance, and many of the attendees went from looking completely awestruck by her very presence to comfortably talking with her as though she were a familiar acquaintance. She made all participants very comfortable with asking questions and making mistakes, and she managed to make a seminar with one of jiu-jitsu’s top athletes feel like a chill BJJ class with an instructor from down the street who really, really knew what they were talking about.

The Content
I normally get very overwhelmed during seminars after having ten different techniques thrown at me, and I usually hope to retain one or two techniques or key concepts by the time I walk out the door. However, I was seriously impressed with Davies’ ability to introduce techniques that were beginner-friendly, but also offered mind-blowing details to more advanced practitioners. She taught fundamental closed guard techniques, some of which I had literally learned on my very first day of jiu-jitsu ever, and after nearly eight years of training, I was still able to walk away with details that made me want to shake my fist at the sky and yell, “Why have I never learned this before?!” Some of the newer students had a little bit of trouble with the more advanced techniques, but I didn’t see anyone looking overwhelmed, and Davies was very conscious of the number of techniques she was teaching and made sure to stop when she believed the participants couldn’t reasonably be expected to retain any more information.

The Teaching Style
Davies revealed in a Q&A session after the instructional segment that she actually struggled to remember new techniques and often had to come up with creative ways to retain what she’d learned. It doesn’t seem like a coincidence, then, that she also came up with creative ways to help her students remember what she was teaching. One of my favorite recurring moments was when she had participants imagine that her hip bones had eyes that had to be staring up at the ceiling to perform a certain technique effectively. It was hilarious, a little adorably weird, and ensured that no one in the room would ever forget that small conceptual lesson.

Due to the inevitable last-minute nature of the seminar, this event had smaller numbers than Davies has had in the past (she once had EIGHTY people attend!), but this worked out to everyone’s advantage. She was able to walk around to each group and spend a significant amount of time helping participants who had questions or were missing details on the technique. She was never rushed or impatient, and everyone had ample time to practice before moving on. This is obviously not to recommend you set a low cap on your attendance numbers if you choose to host her, but simply praise for her dedication to ensuring a personalized experience for everyone there.

The “Extras”
The aforementioned Q&A session at the end of the seminar gave attendees the chance to ask questions about virtually anything, and everyone chose to ask for Davies’ advice and wisdom when it came to learning techniques or preparing for competition. Again, Davies never rushed through answers, and she made sure that everyone’s questions were covered before moving on. Everyone got a photo with her, and she surprised all the participants by holding a rolling session at the end. This was a shock to me — Davies is strong and skilled, but not exactly gigantic, and no one would’ve blamed her if she chose not to risk injury by rolling with a bunch of less experienced strangers who may or may not have wanted to prove themselves against someone of her caliber. She and her partner, fellow black belt Marcus Phelan, rolled with everyone who asked. Thankfully, everyone was courteous and grateful for the opportunity, and I didn’t see any egregious moments of any participant trying to get an ego boost from rolling with either of them.

Overall Thoughts
I have attended seminars and regretted wasting the money. This was not one of them. I went home with a lot of great concepts that I know I’ll be able to apply in my rolling. Beyond the techniques, though, the seminar was an overall great experience. I believe other participants (especially the women) would agree with me that the seminar was a great motivation boost — it’s inspiring, as a smaller grappler, to see another smaller grappler accomplish so much and be able to dismantle everyone in the room while hardly even breaking a sweat. Many women in the room started their jiu-jitsu journeys looking up to Davies, and to be able to meet her, learn from her, and roll with her was clearly a dream come true for them.

I can confidently and enthusiastically recommend giving yourself the gift of a Ffion Davies seminar the next time she comes to a gym near you. 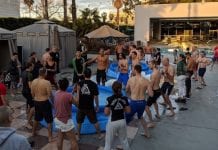 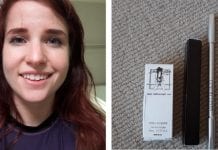 Tired Of “Panda Eyes”? This Cosmetic Line Designed For Jiu-Jitsu Women Might Be Perfect For You 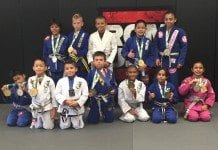 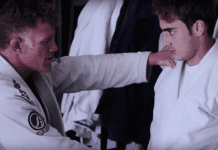 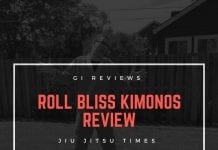 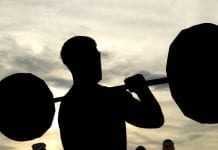 Jits-Fit: The Grappler’s Guide To Fitness 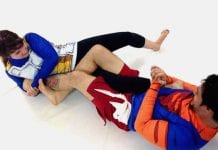 Take Icing Your Knees to the Next Level with HyperIce 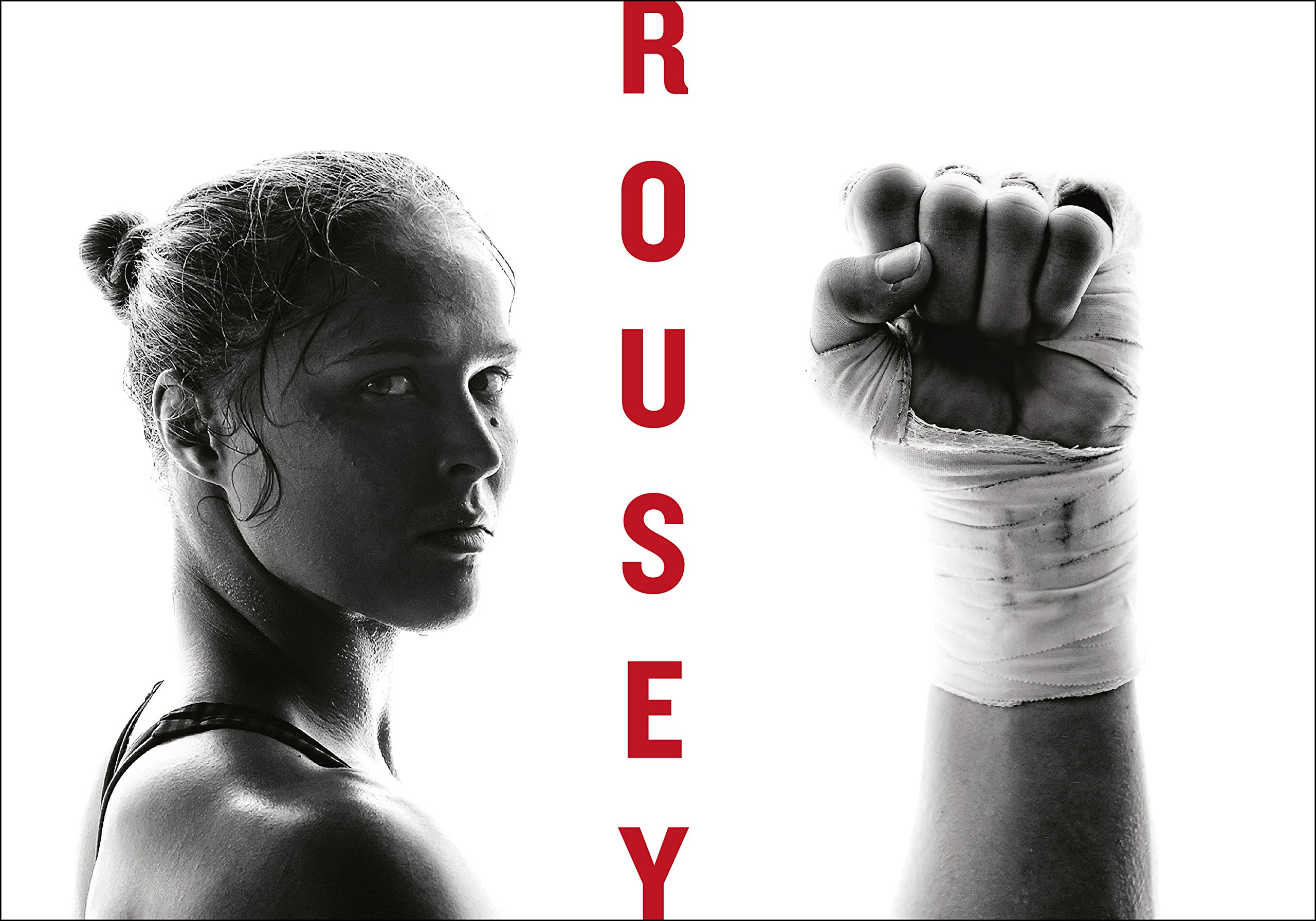 Book Review of Rousey: My Fight / Your Fight 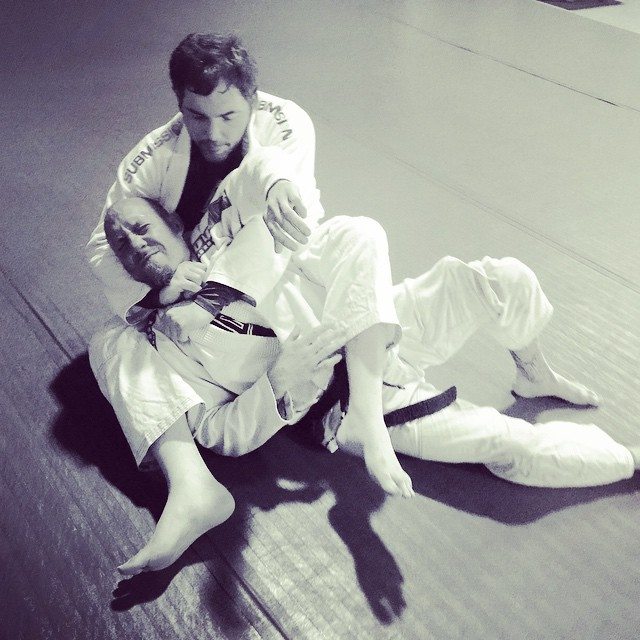