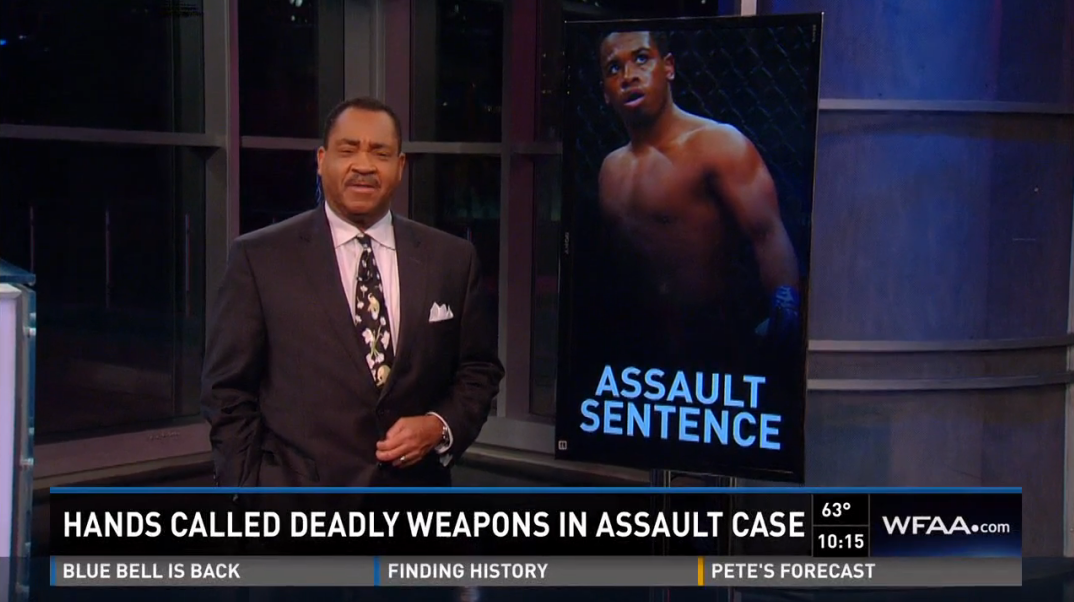 In November 2013, Jamual Parks attacked his friend for no apparent reason. He beat his pal badly enough to warrant a trip to the hospital, and the attack included throwing him through drywall. Parks didn’t stop there, though. When a female officer responded to the scene, he tackled here and started pummeling her face.

Parks is actually an amateur MMA fighter from the Arlington area. As such, he was charged with assault with a deadly weapon, the weapon being his hands. It’s not unheard of, but MMA fighter sentenced for using hands as deadly weapons isn’t a common headline. Not all MMA fighters would be considered as having deadly weapons for hands, except for the best of them. Wfaa News: