The dread of any competitor is a career-pausing injury. Any time an injury occurs, it can sideline even a strong competitor for a long time, but sometimes high-level competitors are able to make successful returns to competition.

Guybson Sa is one of the heads of SAS Team, which
has been around since 2009 and has over 120 affiliated schools worldwide. He has been training since he was four years old under the tutelage of his father and brother. He has also collected some impressive competitive accolades, including wins at lower belts over Rodolfo Vieira and the current pound-for-pound king in the gi, Marcus “Buchecha” Almeida.

Sa recently made a return to competition after taking time off because of injury, and his return was highly successful, leading him to take the podium at many competitions over the course of the past year.

“I injured myself in 2011 during preparation for Pans while doing deadlifts. I since competed, but was barely able to walk and didn’t check with any doctors. After a while, I was okay, but never 100%. In 2016 I was preparing for EBI and I tore 1/3 of my PCL in my knee, which caused instability and affected my back like never before. I finally decided to check with three different doctors, and they all said I needed to have back surgery. I decided not to do it and to take some time off of training and just give my body a rest, eat less processed food, stretch more, stay hydrated, and get massages often. All these things seemed to help because in 2018 I had very few issues, and the most recent test was now at Worlds when I got slammed and it didn’t bother anything.”

For Sa, coming back from injury wasn’t necessarily a simple task. He had to go through the arduous process of building himself back up to be ready to once again compete. I was interested in how precisely he prepared himself for his return.

“First I started to train with the lighter people and working in positions that wouldn’t strain my injuries much. Having a bad knee and back, I was able to develop a much better game in positions that I wasn’t comfortable with. Now I can say that my passing and leg lock game are way better because of the injury. It’s very frustrating when you have a warrior mind, but your body can’t take the toll. But I knew that it wasn’t going to be easy. I think five months after, I did the Atlanta Open and got silver in my division and won the Absolute. I’ve learned to respect my body a lot more now that I’m getting old,” he says with a laugh.

Since returning to competition, Sa has gone on a tear.

“I honestly only had one goal for this year: be able to put my gi on, tie my belt, and compete. I didn’t expect to do well because I was very hesitant to push my limits and get hurt badly again. I ended up winning NAGA, Newbreed Absolutes, In South Carolina. In the IBJJF, I took four golds in Nashville, one gold and one silver in Charlotte, two golds in Atlanta, one gold and one silver in Cincinnati, and also silver medals at the Masters Worlds in Las Vegas and the No-Gi Worlds in Anaheim, CA. I ended the year as number 17 in the IBJJF ranking over several hundreds of competitors. I can’t wait for 2019 and for the next competition! I would like to thank SAS Team and Spartan Academy for all the help and the best teammates I could ask for.”

Sa’s experience may be atypical, but it shows those of us who go through aches and pains that making a successful comeback is possible with willpower and smart training. 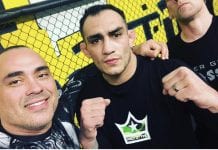 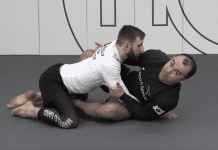 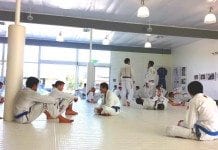 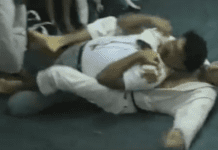 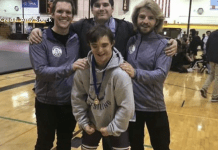 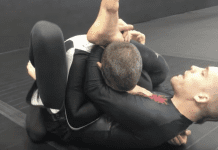 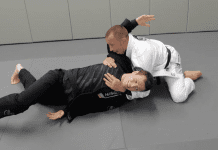 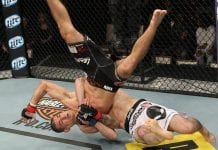 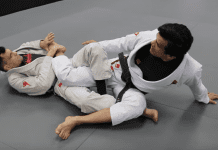 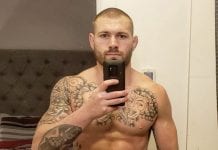 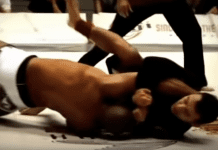 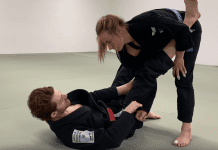