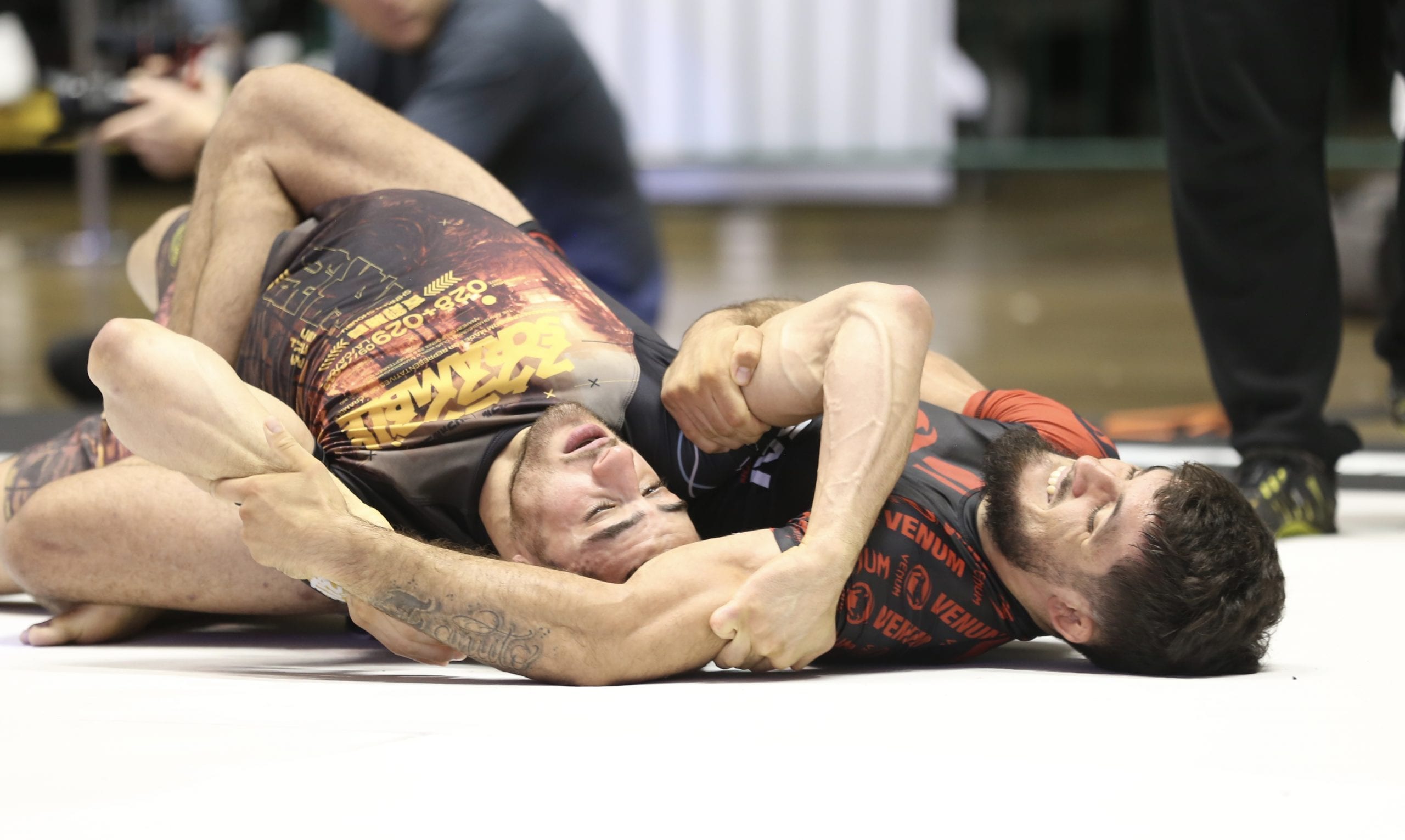 Oftentimes in jiu-jitsu our imaginations can run wild. We find ourselves curious as to the limits of a technique, the depth at which one can plunge, the variations that we can encounter.

Much like Ana Steele in the romantic thriller Fifty Shades of Grey, Renato Canuto is enticed by the unknown. He pushes the boundaries of armbars to a point that some may find esoteric, others perhaps finding it, much like Ana Steele’s willingness to test her limits, “way out there.”

What you will find in this four installment set is a certain vision. Regardless of your position, whether it be 50/50, half-guard, side-control, mount, kimura trap, inverted guard pass, single leg X pass, a knee-bar position, De La Riva guard, and many others, you will invariably find a single theme that connects them all as one, the connection to the armbar submission.

This DVD is not for the faint of heart. In it you will find spectacular flying armbar variations, multiple in fact. Spending much of his childhood on the mats, Renato laid the foundation to find success at the highest levels of the sport only having hit 23 years of age. The Kasai Pro and IBJJF No-Gi World Champion stood out to many three years ago as a brown belt at the Proving Grounds Invitational catching the legendary Bill ‘The Grill’ Cooper in a flying armbar as a brown belt, a variation he includes in this nearly 5 hour set.

A specific detail that stands out is Renato’s weight distribution when he sits for the armbar. Assuming we are attacking someone’s right arm, most people would have their bodies positioned at the 9 o’clock position relative to their opponent’s. Renato’s body is angled more along the 10 o’clock to 10:30 axis, paying mind to how he is pinching his knees and steering his opponent’s wrist to negate the hitch hiker escape and apply a quick breaking of the arm. His footing is precise in countering the opponent’s desire to stuff one of his legs into their quarter guard. His hips are directly positioned adjacent to his opponent’s deltoid, keeping their shoulder mobility restricted thus disempowering them from gathering needed momentum for a meaningful escape attempt.

Certain grips allow him the power to overcome even stronger opponents. In passing half-guard, he uses a gable grip in underhooking his opponent’s far-side shoulder. This creates a supremely powerful fulcrum that enables Renato to step around over his opponent’s head to the armbar, only with his foot still caught in the half-guard. His position allows him the maneuverability to extract the hook using free foot, landing him in his textbook position.
Do not be surprised if certain variations bring about wild new concepts. In his single X pass variation, he steps over his opponent’s leg in a way that requires no athleticism, simply the knowledge of where to distribute your weight and where to grip.
His ability to trap the opponent’s shoulder with his hips is uncanny, this principle applies to all armbars from every imaginable position. If there is a way for the shoulder to be trapped by the hips, Renato will be there to clean it up, and the extension of the arm will be available.

This BJJ Fanatics DVD is indispensable for anyone who would like to consider themselves an authority on the armbar. Knowing the move is one thing, having the vision to decipher it from virtually any position is truly where Canuto shines.