There are lots of myths linked to the history of the Gracie Jiu-Jitsu belt system. The oldest myth is that students would begin practicing with white belts, but as time passed, the belts would become dirtier due to hard work and sacrifice, until they became black. The black belt was thought to represent years of effort in the martial arts.

In reality though, Jigoro Kano, the founder of Judo, introduced the black belt system in 1882 at his Kodokan martial arts school. Kano probably got the idea from Japanese high school swimmers, who wore black ribbons round their waists to indicate their advanced status. At the Kodokan, white belt students were classed as beginners, whereas black belts were awarded to students who mastered fundamental Judo techniques.

In 1952, grandmasters Heilo and Carlos Gracie brought in a belt system for Gracie Jiu-Jitsu, based on instructorship, rather than martial arts skill. Accomplished students at their academy wore white belts, because they did not take instructors courses. Students who did obtain instructor diplomas were given light blue belts. After becoming professors, students would be given dark blue belts, so black belts did not exist at this time.

In 1967, black belts were used for the first time in Gracie Jiu-Jitsu, and a bar system was introduced to distinguish it from other martial arts. Students could achieve a black belt with a white bar, without being an instructor. Black belts with red bars were worn by students who were taking instructors courses. Once students obtained diplomas and became professors, they wore black belts that had red bars with white borders. 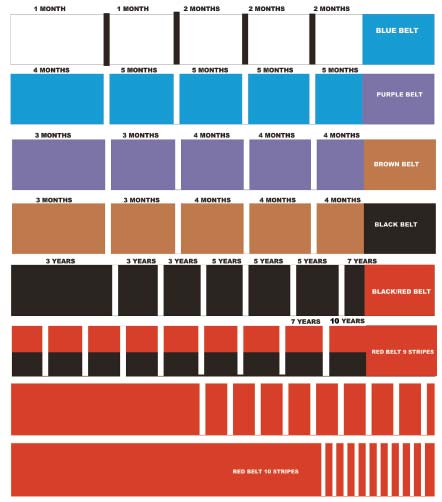 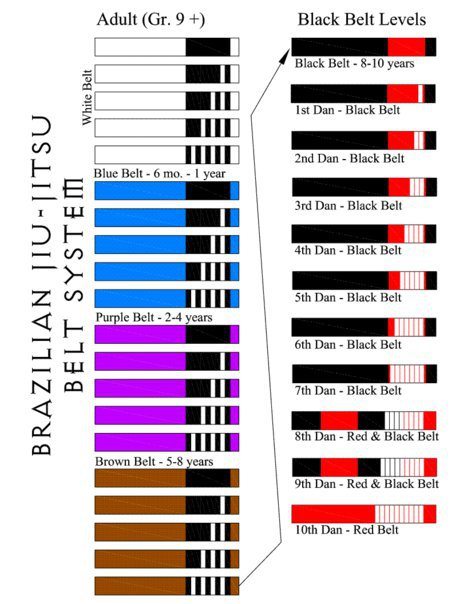 Jiu-Jitsu Side Control Escape Setup Against A Tight Squeeze

Shaolin Sweep From The Shell By Ryan Hall

Jocko Willink: “One Of The Main Reason People Get Hurt In Jiu-Jitu Is Because Of Ego”