Individuals who train their bodies in the way of jiu jitsu have noticed that there are many central and defining principles to the martial art. These principles are chosen for their thematic appearance and what lessons they can impart to the individuals in terms of how they can better their lives through the use of the martial art. One of the most common things that all people notice, whether they train under the style or not, is that the triangle is a prevalent figure. The origin of the triangle as a symbol of jiu-jitsu is one that is rich in its application and theory. It was not a symbol that was chosen at random, as the triangle represents a very powerful form, with principles that can readily be applied in the field of jiu jitsu training. 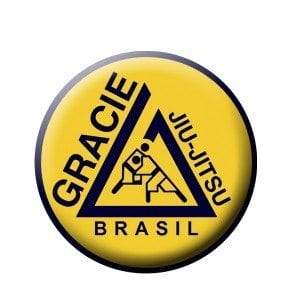 For those who are not aware of why the triangle was chosen, the story may seem as though it is shrouded in mystery. The truth, however, is far simpler. The triangle, which is also known as the Gracie Triangle, is easily one of the most recognized symbols of the principles developed by the ancient Gracie Academy. During this time, the two brothers Carlos and Helio Gracie, taught jiu jitsu to interested students. The triangle was chosen as a symbol because of how well it represented the firm and stable base that all practitioners of the style should have. The three corners of the triangle represent the three components of what is known as Gracie jiu jitsu, which are the mind, body, and the spirit, all of which come together to define the practitioner.

According to what was said by Rickson Gracie, the triangle extends even further than the aforementioned symbolism. He asks practitioners to visualize a triangle in three dimensions, which is the pyramid form, and no matter what side it is pushed to, it will always remain stable and strong. It will always be steady, no matter its position, and this is a crucial understanding of fighting strategies in the style as well. The style is always centered around three points of contact, meaning that no matter what position you will be in, you will always be able to come at your opponent. Because of how powerful its symbolic and practical connotations are, the triangle has always stayed a central part to the martial arts style, and it remains an important lesson to all aspiring students to this day.

Attacking A Stalling Opponent With Knee on Belly Pressure

How Heavy Do You Need To Lift for Jiu-Jitsu?

Unlock Your Shoulders And Back For BJJ

Gabi Garcia Opens Her Own BJJ Academy In California