If you practice any type of martial arts, battle wounds are fairly common. In jiu-jitsu, the most prevalent battle wound is probably the one endured by your ears, making them appear swollen and deformed. This condition is called, affectionately enough, cauliflower ears and it could happen to you. When an ear receives a blow that is powerful enough to shear away the cartilage, fluid leaks into the space that has been created as a result of the deformity. This fluid will harden and turn into the familiar fibrous lump if the ear is not treated right away. Although cauliflower ears are not life-threatening, they do present certain health and aesthetic issues that you might find problematic someday. Learn how to prevent and treat them properly.

Cauliflower Ears in Jiu-Jitsu. What Causes Them? 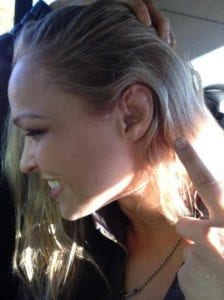 Cauliflower ears are also called wrestler’s ears or boxer’s ears because these are deformities of the outer part of the ears that are commonly acquired as a sports injury. A cauliflower ear occurs due to a blunt force that causes trauma to the cartilage found in the outer ear. This injury can lead to deformity of the cartilage or an inflammation, causing a disruption in the blood supply.

When the injury occurs, a small space or pocket is created in the affected area. Blood then flows into this space, forming what is called a hematoma or blood clot. It will remain swollen for several days but as the injury heals, the swelling also goes down but leaves behind a wrinkle in the area of the injury. The area will also appear paler than the rest of the ear, hence the term cauliflower ear.

What is the Problem With Cauliflower Ear?
Cauliflower ears increase the risk of infection at the site. Once trauma occurs, the supply of blood is cut off, along with the nutrients the tissues in the ear needs. As a result, the cartilage could die and become infected.

Another issue about cauliflower ear is that it can cause discomfort. The enlarged hardened tissue may press against the head when sleeping on the side, for example, or the lump may be substantial enough to affect hearing.

Cauliflower ears may also be an aesthetic problem. They appear unsightly and produce an asymmetrical appearance especially if only one ear is affected.

Cauliflower Ears: How to Prevent and Treat Them
The most practical approach in treating cauliflower ears in Brazilian jiu-jitsu is to prevent them. By wearing protective headgear during practice and especially during sparring matches, trauma to the ears can be avoided or at least, minimized.

If an ear has already been injured, the next best thing to do is to drain it. Draining the ear not only relieves the pressure of the fluid buildup, it will also help prevent wrinkling. Draining may be done with or without professional medical aid, although it is recommended that sterile tools are used to prevent infection. Draining should also be followed by compression to keep the affected area as flat as possible and to prevent fluid buildup. For better results, the ear should be wrapped using gauze or athletic wrap to keep the area compressed.

In the case of cauliflower ears that have already hardened, surgery may be the only option. Surgical repair may be performed by excising the deformed cartilage, freeing the original cartilage underneath. Surgical repair will require some recovery time and expense but for those with large and very deformed cauliflower ears, this may be the best solution.

California Has Banned Combat Sports Events Until The End Of May

Khabib Nurmagomedov Vs. Tony Ferguson Likely Off Due To Travel Restrictions

Jon Jones Arrested For Negligent Discharge of a Firearm and DUI