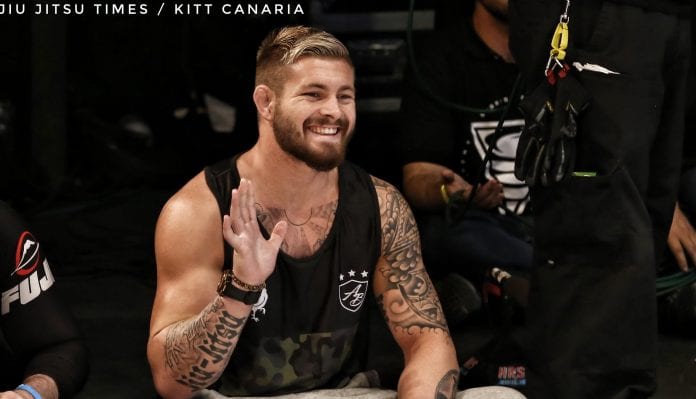 A local blue belt who had previously written off Valentine’s Day as “just another Hallmark holiday” has had a change of heart after a deeply personal interaction with ADCC double-champion Gordon Ryan.

Victor Nunes, 23, blushed with glee as he recounted the incident that restored his love for the holiday. “So Gord — he loves it when I call him that — made a post this morning to promote his latest DVD, and of course, I had already purchased it.” Here, he sighed wistfully. “Now, I believe that men should be men, you know? I had to get out there and make the first move, so I did. I wrote, ‘Killer DVD, man. F*ck the haters. #LongMayHeReign.’ The hashtag was a risk, almost a little too forward, and I wondered if I’d overdone it.”

Three hours later, though, a notification appeared on Nunes’ phone — Gordon Ryan had “liked” his comment. “I was over the moon, man,” said Nunes. “Sure, it wasn’t a ‘love’ react, but I totally get the need to play coy. It was a wink to me, a sign that he was interested in pursuing friendship and maybe even following me on Instagram and sharing my memes.”

Nunes, however, was already excited to share the good news with his friends. He posted a story on his own Instagram page, typing with trembling fingers, “NBD but @gordonlovesjiujitsu just liked my comment on Facebook.”

“It was a little scary, making things Facebook and Instagram official like that. But once you have a connection like we have, you gotta lock that sh*t down. I see all the comments that Gord gets on his posts. There are so many guys out there that want to be where I am now, with a screenshot of that moment saved on their phones. That’s forever, man. The internet is forever,” he said. “They all want that, and if I want to keep things going strong between us, I have to put all the wannabes in their place.”

The interaction was particularly meaningful given that Nunes hadn’t properly enjoyed a Valentine’s Day for years. “I have a girlfriend (hashtag-straight-pride),” he said, briefly thumping his chest with his fist, “But she’s just so needy. She’s all like, ‘Just write me a nice note on a scrap piece of paper. You don’t even have to get me anything, I just want some sort of acknowledgment of your feelings,’ and I’m like, ‘Desperate, much?'” He shook his head as he checked his notifications again to see if Gordon Ryan had seen his Instagram story. “So yeah, Valentine’s Day was always just ‘meh’ for me, even with her, but this year just feels… different. In a good way.”

When reached for comment, Nunes’ girlfriend ‘Amy’ (fake name due to request for anonymity), said that she’s never had any reason to question her partner’s sexuality. “I don’t think he’s deep in the closet, I really don’t,” she said. “I think it’s more of a need for validation that he doesn’t get in other areas of his life. There’s a bit of a ‘Notice me, Senpai’ vibe going on. He knows he’ll never be at that level, but by being acknowledged by someone who is at that level, he can create that connection in his mind and live vicariously through someone he’s never met.”

Nunes has shrugged off Amy’s concerns, however, and is ready to take things with Ryan to the next level. “He’s coming to do a seminar a couple hours away from where I live,” he said. “Of course, I’ll be there. I’m nervous. What happens when I shake his hand and let him know that I’m the guy whose comment he liked? How will his other fans react when we inevitably pose for a photo together at the end? Will it be too much for them? Will it be too much for him? But I know I shouldn’t worry. What we have is stronger than any external force.” 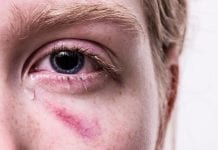 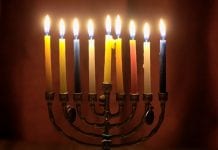